About Magar (मगर) Akkha Script. Is it a part of Brahmi Script?

There is a script called ‘Magar Akkha’ or ’Magar Akkha Rika’ that is reported to be in use by the Magar community in Nepal. It is used for writing the Magar language, which has both eastern and western dialects. Devanagari is the regular script for writing Magar.

There are questions about the origins of Magar Akkha. George van Driem offers that some writers from the Magar community make the “claim that the Brāhmī script is the original ancient script of the Magars”. Magar Akkha is essentially an appropriation of Brahmi in the guise of a new name. The consonants, vowels, and vowel signs are nearly identical to Brahmi, with a few minor variations. Consonant conjuncts are the same as in Brahmi. The greatest difference between the two are observed in the shapes of the digits.

Until additional research provides information that clearly differentiates it from Brahmi, Magar Akkha should be considered a variant of the latter and unified with it.

The Magar language is written in Akkha script and is being taught in the schools upto the primary level in Sikkim since its recognition as one of the official languages of the State in 1997. 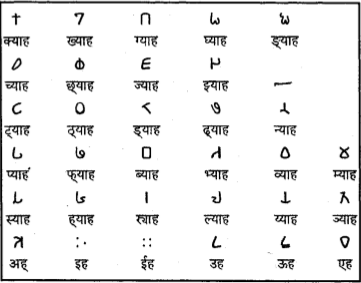 The script seems to have been developed from the early Brahmi script since the form of the letters is the same as that of the first to fourth century Brahmi. Most probably, the script was developed in the 11th century during the reign of Mukunda Sen (1100 A.D.), a powerful Magar king of palpa and Butwal, who invaded Nepal Valley with a large number of mounted troops and subdued Hari Deva, the son of Rama Singha Deva, the last king of Karnataki Dynasty of Nepal.

The principal seat of the Magars covered most of the central and lower parts of the mountains between the Jingruk (Rapti of Gorakhpur) and Marsiangdi rivers. They have resided in Palpa since time immemorial. However, there is no mention of any Magar script being developed and propagated by any of the Magar kings of Palpa and Butwal in any historical records. Perhaps, owing to the geographical position of the tract of the country inhabited by the Magars, they were the first to receive immigrants from the plains of India and thus they never felt necessity to develop or propagate their own Akkha script. However, it is yet to be ascertained who, where and when the script was developed. 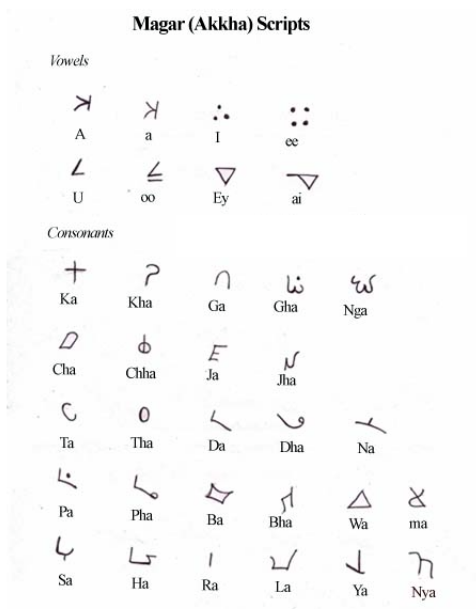 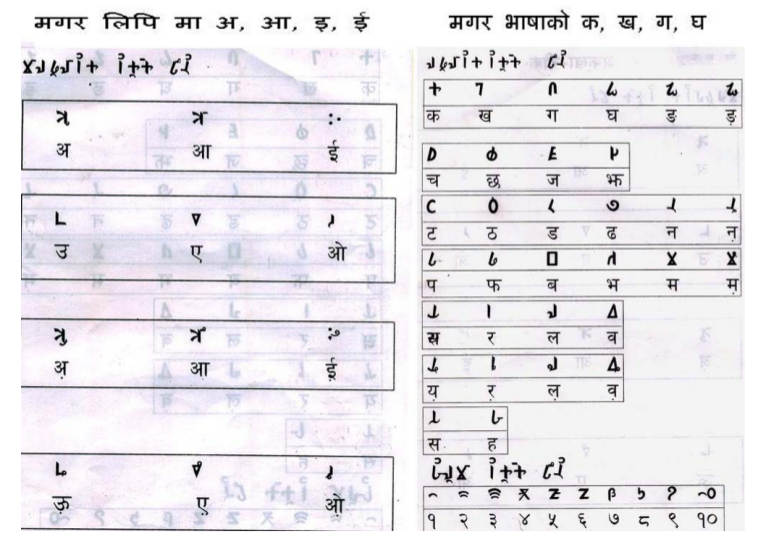